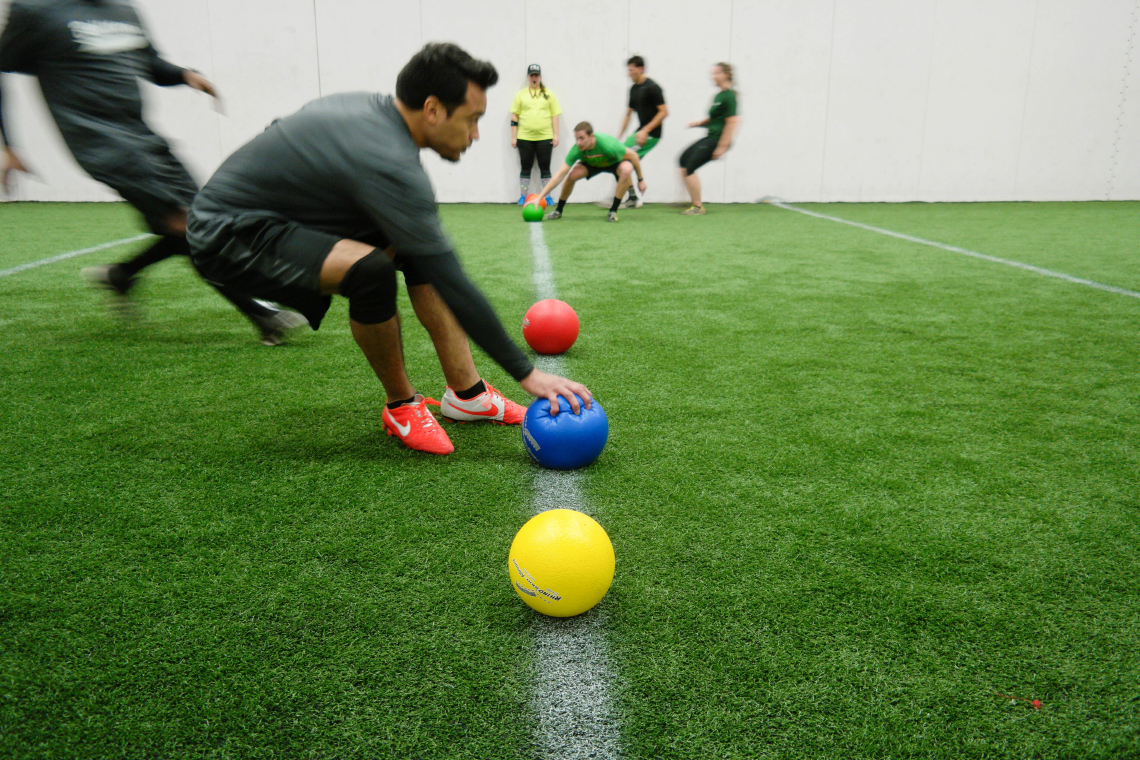 Every team will play 2 games per week. 7 week season with playoffs on the 8th week for teams that qualify.

Register Your Team Register As Individual

Beaverton Dodgeball uses the many of the same rules as the National Amateur Dodgeball Association. In accordance with the NADA, our leagues will play by the following rules:

Teams will be made up of 6-10 players. Six (6) players will compete on a side; others will be available as substitutes. Substitutes may enter the game only during timeouts or in the case of injury.

Beaverton Dodgeball will use the same field dimensions as Futsal, with the lines already painted on the indoor soccer field. The playing field shall be a rectangle at least 50 ft long and at least 30 ft wide, divided into two (2) equal sections by a center-line and attack-lines 3m from, and parallel to the centerline.

The official ball used in tournament and league play will be an 8.25″ rubber-coated foam ball.

The object of the game is to eliminate all opposing players by getting them “OUT”. This may be done by:

Definition: “LIVE” – A ball that has been thrown and has not touched anything, including the floor/ground, another ball, another player, official or other item outside of the playing field (wall, ceiling, etc)

TIMING AND WINNING A GAME

The first team to legally eliminate all opposing players will be declared the winner. A 3-minute time limit has been established for each contest. If neither team has been eliminated at the end of the 3 minutes, the team with the greater number of players remaining will be declared the winner. Details on overtime can be found in the NADA Rule Book.

Each team will be allowed one (1) 30 second timeout per game. At this time a team may substitute players into the game.

In order to reduce stalling, a violation will be called if a team in the lead controls all six (6) balls on their side of the court for more than 5 seconds. This also applies to tied teams. More details can be found in the NADA Rule Book

During pool play or regular-season matches, rules will be enforced primarily by the “honor system”*. Players will be expected to rule whether or not a hit was legal or whether they were legally eliminated. All contests will be supervised by a court monitor*. The court monitor’s responsibility will be to rule on any situation in which teams cannot agree. THE COURT MONITOR’S DECISION IS FINAL – NO EXCEPTIONS.

*NOTE: During tournament play, All Semi-Final and Final Round matches will be officiated by no less than two (2) Officials. These officials will rule on all legal hits, out-of-bounds and 5-second violations.